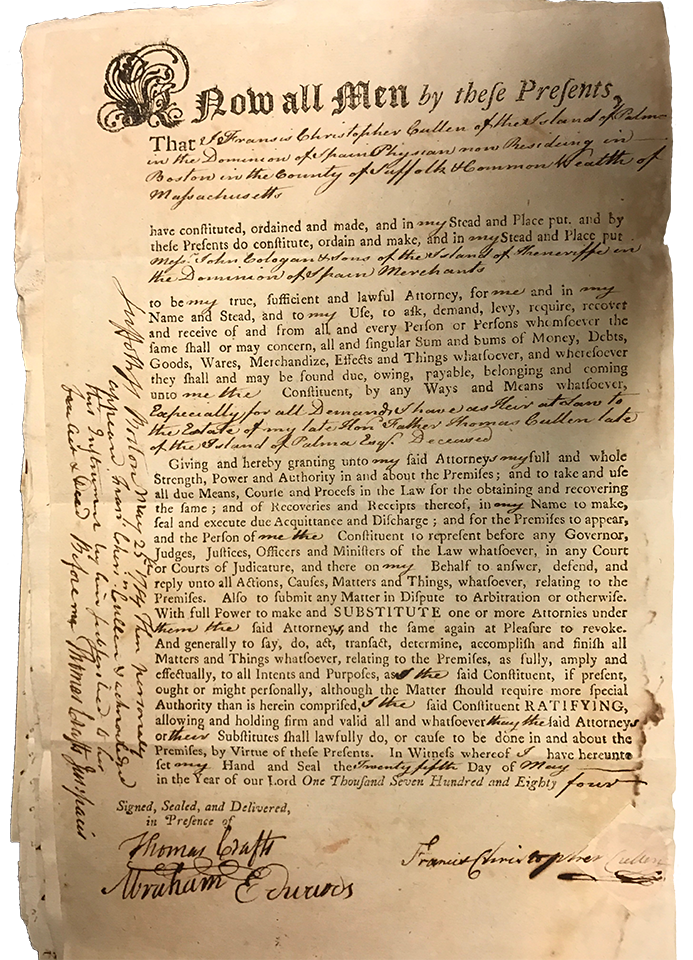 The authorisation or intervention of the public instrument implies the duty of the notary to attest to the identity of the grantors, who in his opinion have the capacity and legitimacy, that the consent has been freely provided and that the granting is in accordance with the legality and duly informed consent of the grantors and interveners. This was established in Article 145 of the Notarial Regulation, by Decree of 2 June 1944.

An example of this is the general power conferred on 25 May 1784 by Francis Christopher Cullen of La Palma, resident of Boston, in favour of John Cologan & Sons of the island of Tenerife, before Notary Public Thomas Crafts. The certificate attesting to his status as a notary public of the Commonwealth of Massachusetts was signed by John Hancock on 3 April 1784, during the eighth year of the independence of the United States of America. John Hancock is known for signing the Declaration of Independence of the United States and for his signature as president of the Second Continental Congress in the Declaration of Independence, and is in fact known as a synonym for signature. 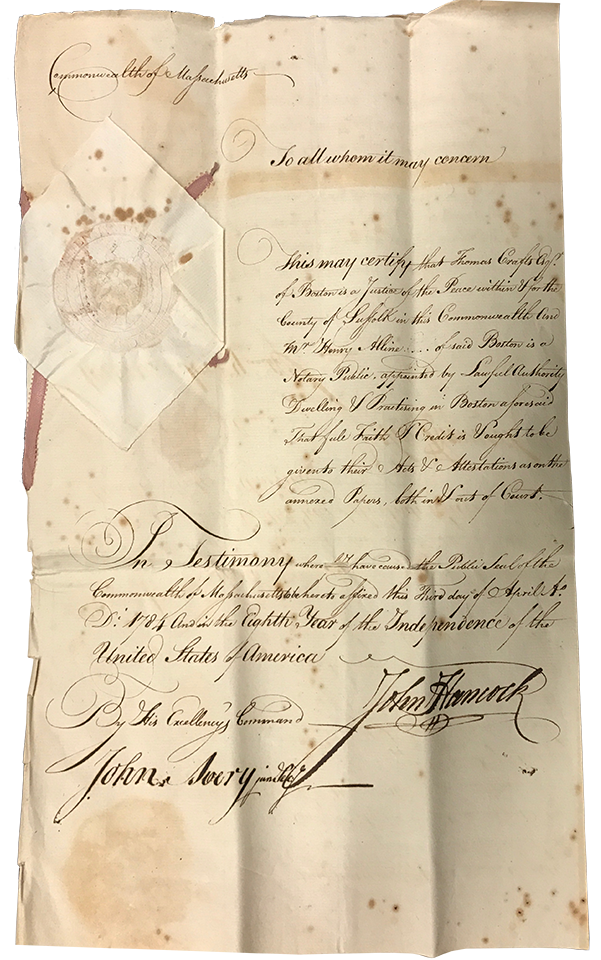