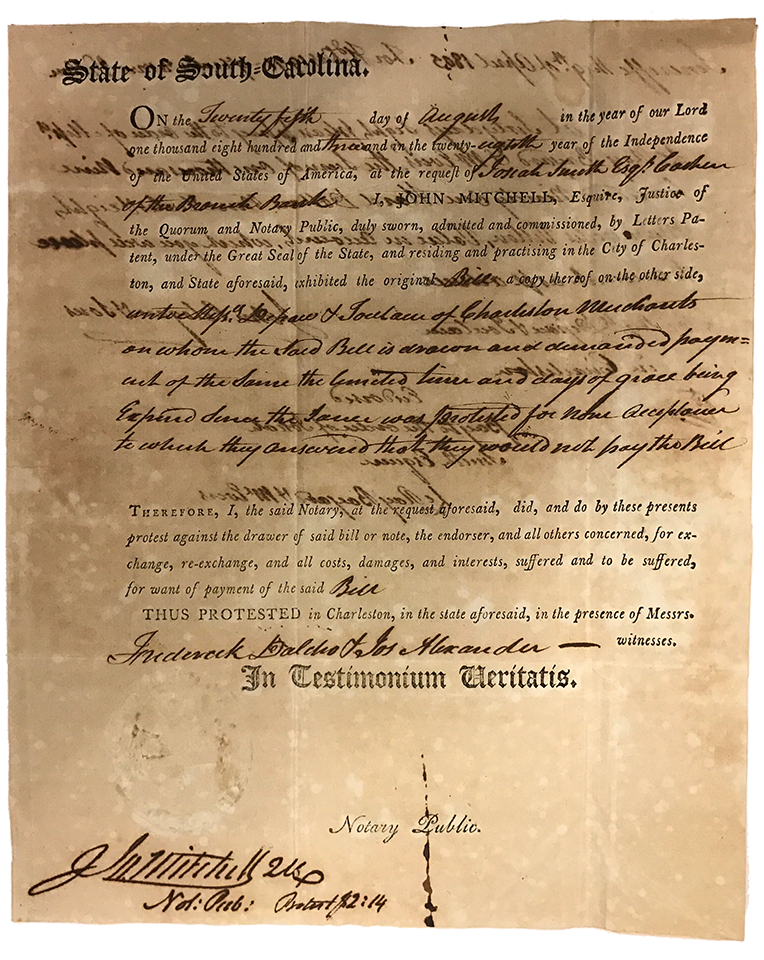 Failure to accept or pay bills of exchange must be recorded by means of protest. The statement in the letter itself, signed and dated by the drawee in which acceptance or payment is denied, as well as the declaration, with the same requirements, of the domicile or, as the case may be, the clearing house, in which the payment is denied, will produce all the exchange effects of the protest, unless the drawer specifically demanded the lifting of the notarial protest in the letter in the space reserved by regulations applicable to optional clauses. This is established by Article 51 of Law 19/1985 on Negotiable Instruments, dated July 16, to which Articles 96 and 147 regarding the promissory note and cheque of the same Law refer.

One example is the protest issued on 25 August 1803, during the twenty-eighth year of the independence of the United States of America, before the Public Notary, Mr John Mitchell. On the front of the document it is stated that non-acceptance is argued as a reason for not paying and on the back is the endorsement and signature of John Cologan & Sons. 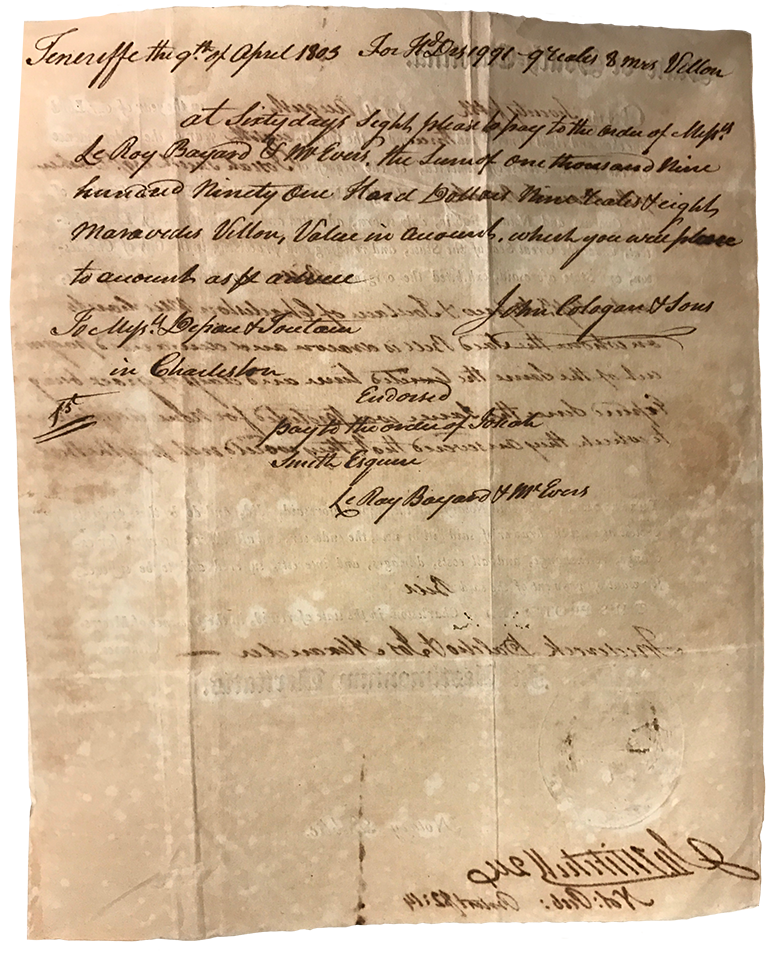