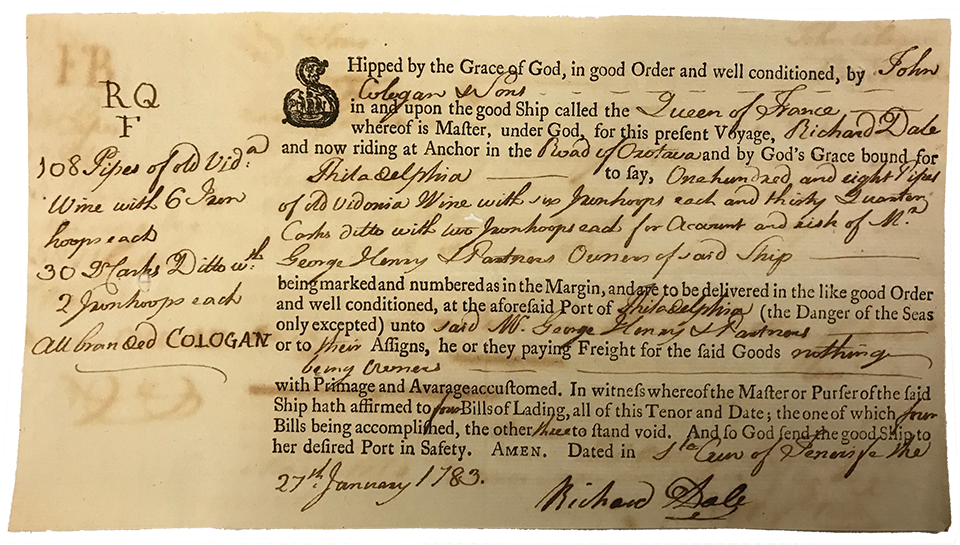 The bearer’s bills of lading are to be transmitted by delivery, those issued by order by means of their endorsement and the nominatives by assignment according to the norms regulating the assignment of non-endorsable credits, as established in Article 250 of Law 14/2014 on Maritime Navigation.

An example prior to the Commercial Code of 1885 is the bill of lading signed by the Captain of the ship Queen of France, Richard Dale, in Santa Cruz de Tenerife on 27 January 1783 for the transport of “Vidonia wine” with the brand COLOGAN from the port of La Orotava, shipped by John Cologan & Sons, to the port of Philadelphia for M. George Henry & Partners.