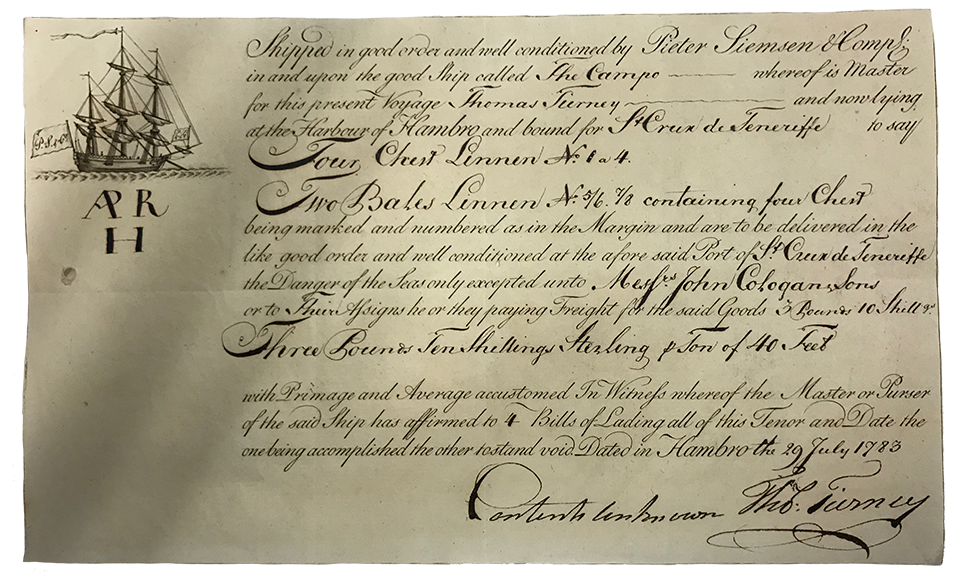 If the carrier had not had adequate means to verify the accuracy of the declarations of the shipper regarding the nature of the goods, identification marks, number of packages and, depending on the case, quantity or weight, he or she could include the corresponding reserves to the bill which will state the impossibility of verification or what he or she reasonably considers accurate information, as established in Article 258 of Law 14/2014 on Maritime Navigation.

An example prior to the Commercial Code of 1885 is the bill of lading which expressly states that the content is unknown, signed by the Captain of the ship The Campo, Thomas Furney, in the port of Hamburg on 29 July 1783, destined for the port of Santa Cruz de Tenerife for the transport of linen, shipped by Pieter Siemsen & Company for John Cologan & Sons. 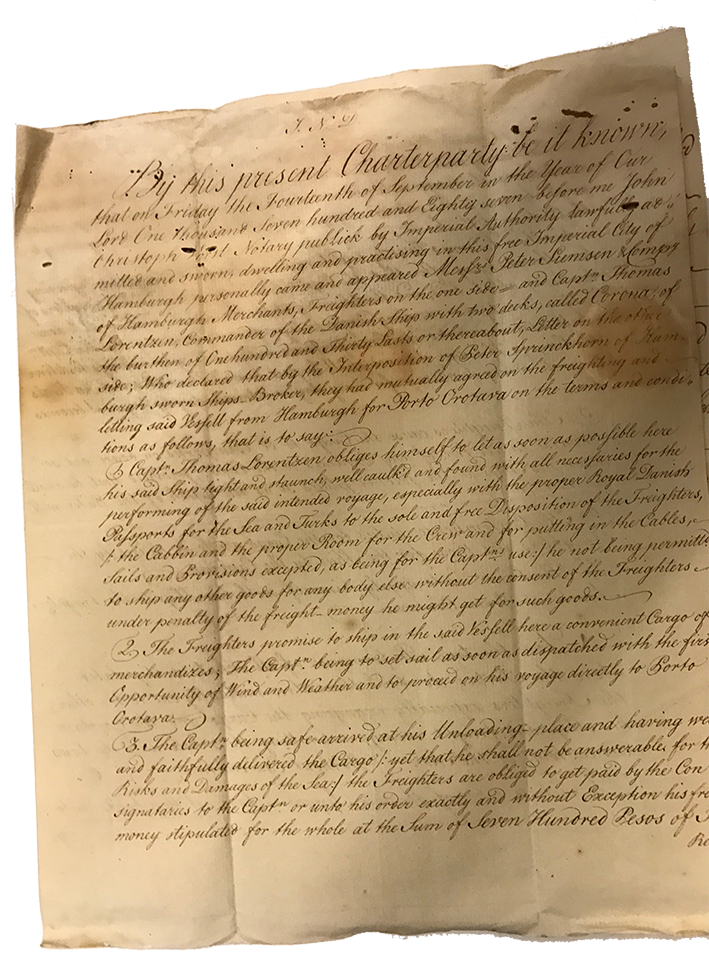 Similarly, Pieter Siemsen & Company signed a charter contract before the Public Notary John Christoph Vorst on 14 September 1787 with the Captain of the Danish ship Corona, Thomas Lorentzen, for the transport of goods from Hamburg to the port of Orotava. 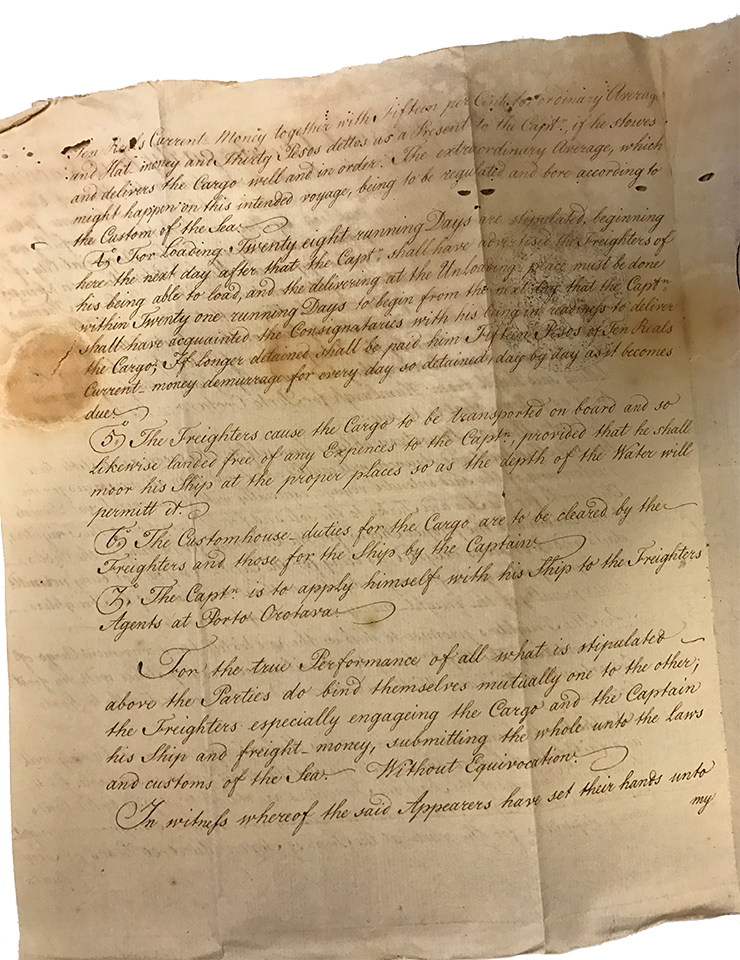 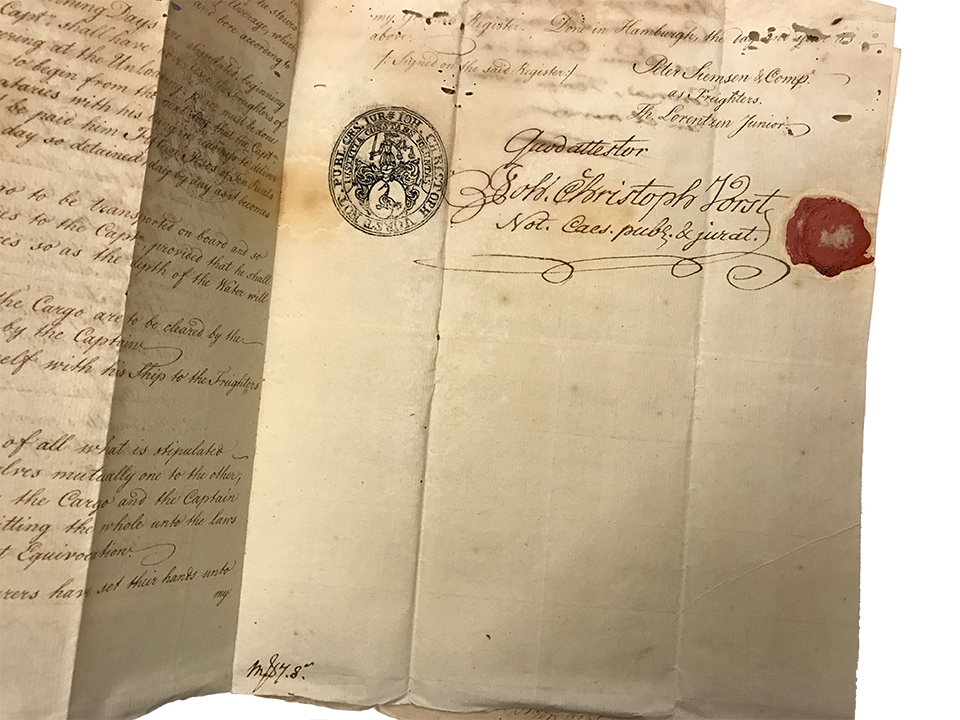