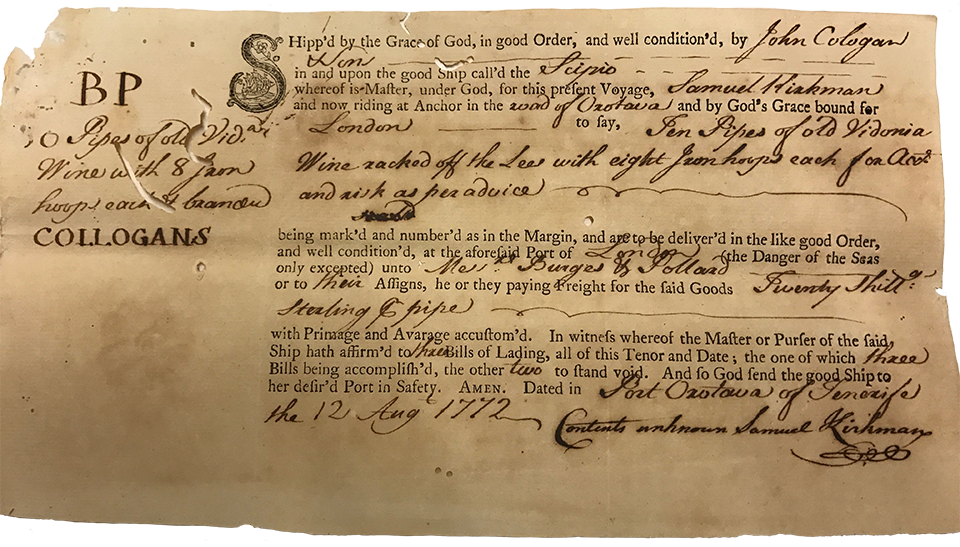 At the time of delivery of the goods to the shipper, the bill of lading must contain, among other points established by Article 248 of Law 14/2014 on Maritime Navigation, the description of the goods on the part of the shipper, with the indication of identification marks, the number of packages, and, as the case may be, the quantity or weight as well as the apparent condition they are in. If requested by the shipper, the value that they have will be included. If the goods are hazardous, this will be explicitly recorded in the bill.

An example of the content that was included in a bill of lading prior to the Commercial Code of 1885 are the bills of lading signed by the Captain of the ship Scipio, Samuel Kirhman, in the port of La Orotava in Tenerife, destined for London, on 12 August 1772, for the transport of “Vidonia wine” or wines from Tenerife, shipped by John Cologan & Sons for Mr Burges & Pollard and Mr Clarmonk & Linwood, respectively, in which it is expressly mentioned that the content is unknown. 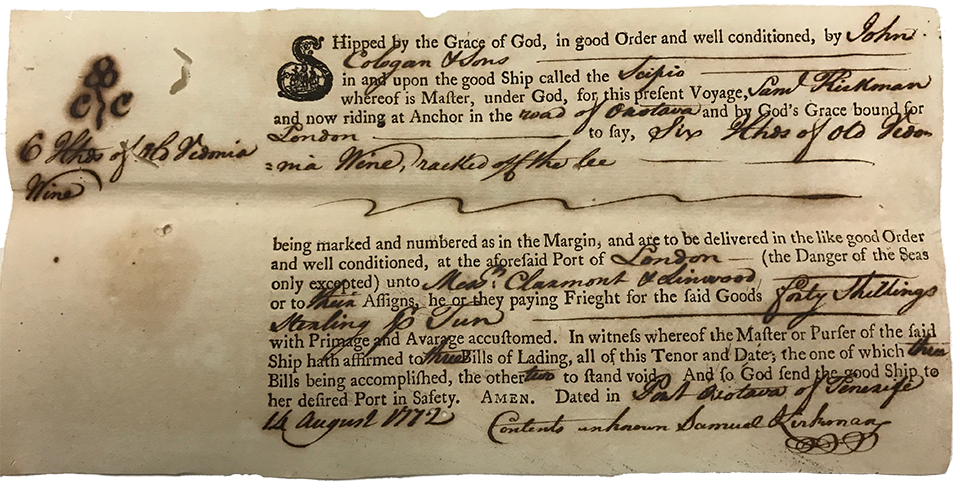 Another example is the bill of lading of 24 May 1783 of the same ship and captain, which related to different merchandise (cloths, crockery, staves, etc.) shipped in the port of the River Thames in London by Cologan, Pollard & Company destined for the port of Tenerife for John Cologan & Sons. 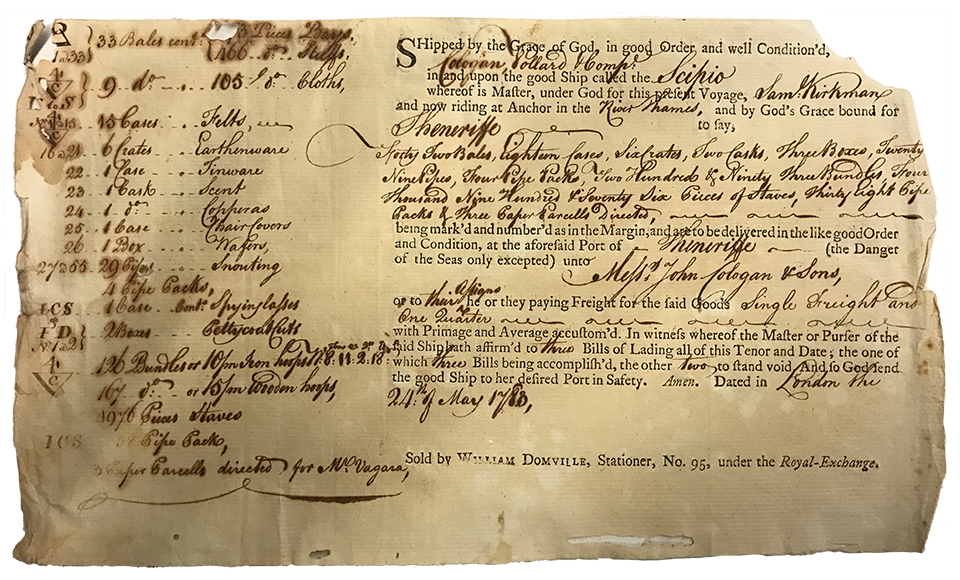 As is the bill of lading signed by Captain Robert Coupar of the ship Hero on 11 May 1814, relating to six hogsheads (barrels of 52.5 imperial gallons or 63 gallons, equivalent to 238 litres) of wine bearing the COLOGAN brand from the port of La Orotava in Tenerife to the port of London. This document states that the freight will be paid according to the charter party or charter agreement, which is the one that the carrier undertakes, in exchange for the payment of a freight, for the transport of goods by sea and their delivery to the recipient in the port or place of destination, as defined in Article 203 of the current Law 14/2014 of 24 July on Maritime Navigation. 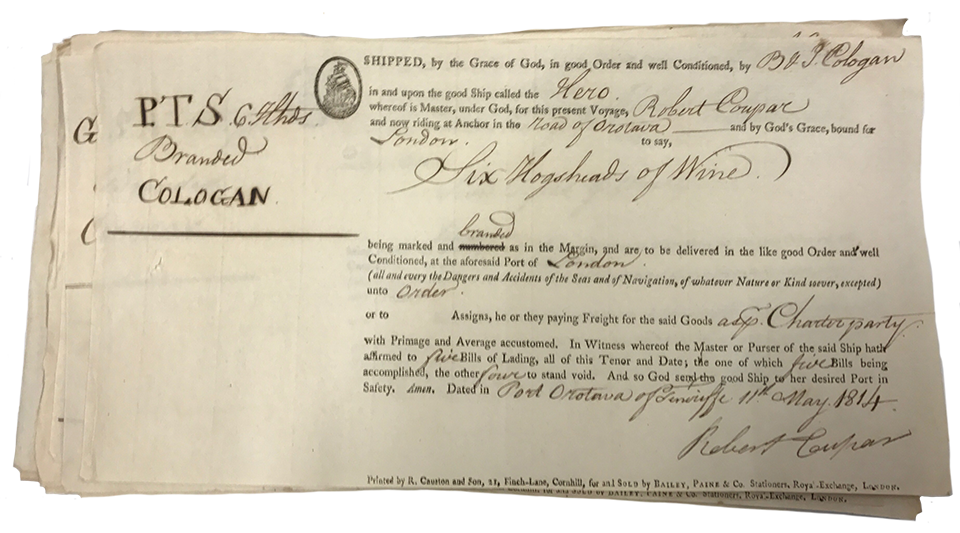