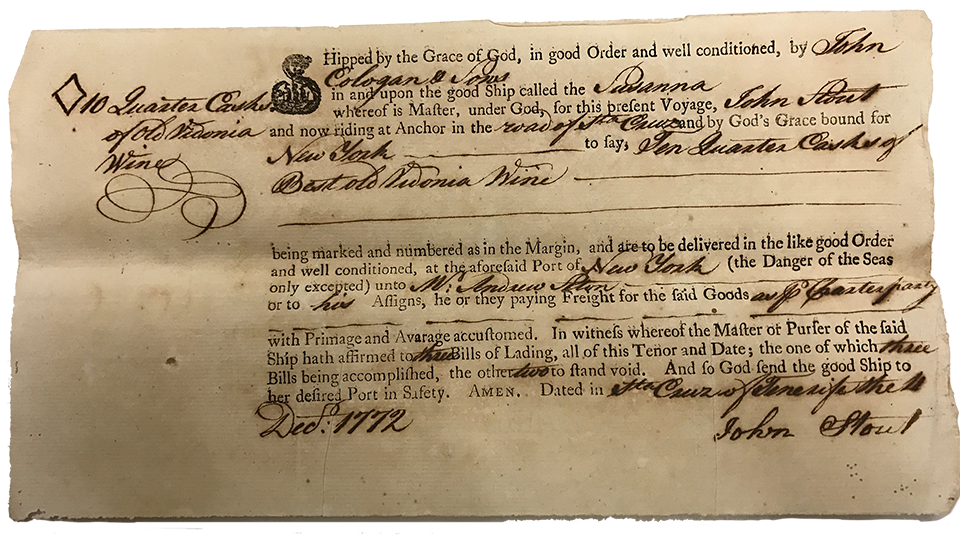 The bill of lading is the document that the carrier, captain of the ship or agent of the carrier is obliged to submit once goods are on board a ship, documenting the right to refund these goods in the port of destination, as set out in Article 246 of Law 14/2014 on Maritime Navigation of 24 July. The aforementioned law appealed the articles of the Commercial Code of 1885, which regulated this matter, with a view to overcoming any contradictions between the different existing international conventions in Spain and the loose regulations that existed.

One example of its international use prior to the aforementioned Commercial Code is the bill of lading signed by the Captain of the ship named Susanna, John Stout, in the port of Santa Cruz de Tenerife destined for New York in December 1772, transporting barrels of “Best of Vidonia wine” and wine from Tenerife, shipped by John Cologan & Sons for M. Andrew Seton. 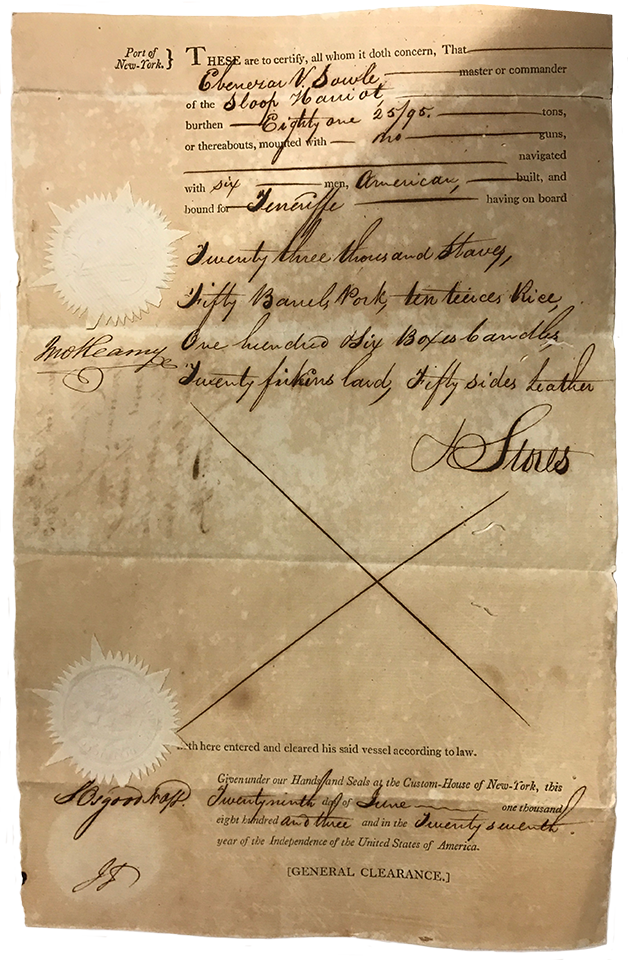 Another supporting document is the delivery certificate issued in the customs office in New York dated 29 June 1803, in the twenty-seventh year of independence of the United States of America, where the cargo of pork, rice and leather shipped by the Captain of the Balandra Harriot, Ebenezar V. Sowle, destined for Tenerife. 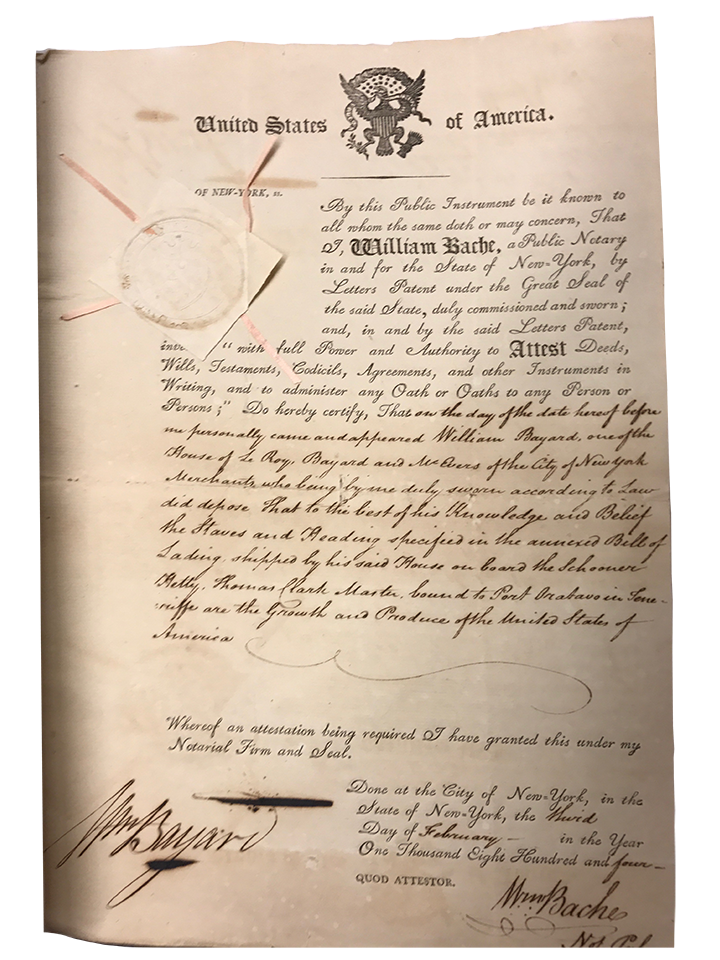 Similarly, the certificate issued by the Notary Public of New York, William Bache, on 3 February 1804, recording the manifestations of William Bayard and M. Evers with regard to the goods shipped on the vessel of Captain Thomas Clark with the destination of the port of La Orotava in Tenerife was produced in the United States of America. 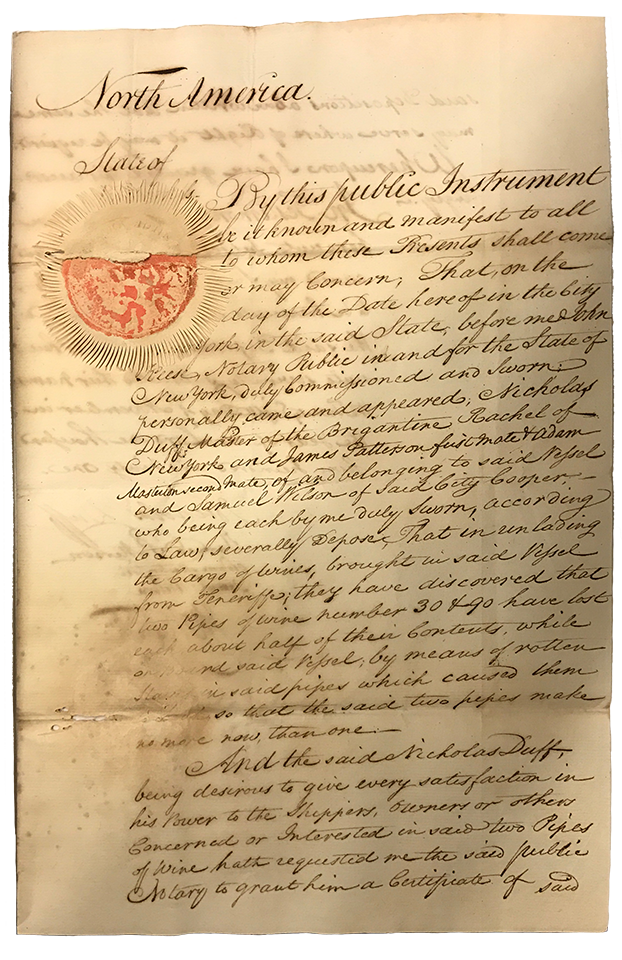 Evidence of the incidents in the transport of wine is shown in the document issued before the notary public in New York, John Keese, on 28 November 1791 by Nicholas Duffy, James Patterson, Adam Masterton and Samuel Wilson, recording the loss of some of the wine transported on the ship from Tenerife. 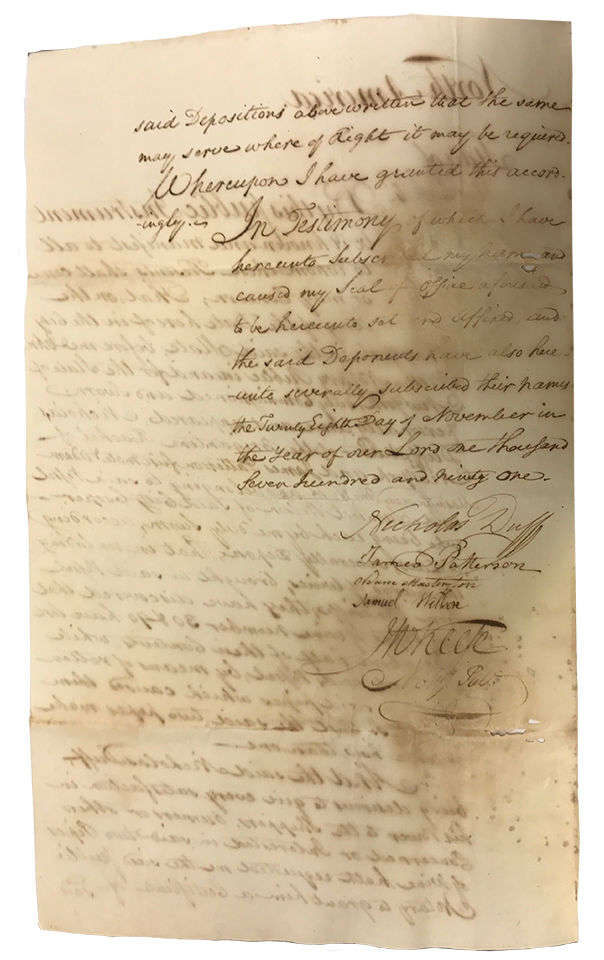