The indication of the ports for the loading and unloading of goods and, in the case of multi-modal transport (if it comprises means of transport other than maritime), the start and end locations for transport, are requirements that must be included in bills of lading, as provided for in Article 248, in conjunction with 209, of Law 14/2014 on Maritime Navigation.

An example prior to the Commercial Code of 1885 is the bill of lading signed by the Captain of the ship Le Vallon, Salomon Duse, in the port of La Orotava on 23 February 1781, destined for Ostend, for the transport of more than 445 pipes (barrels of 105 imperial gallons or 126 US gallons, equal to 477 litres) of “Vidonia wine” or wine from Tenerife with the brand COLOGAN, shipped by John Cologan & Sons. It is stated that the freight will be paid according to the agreement in the charter party or contract of charter. In a separate document reference was made to the port of Portsmouth as a destination of the goods under a private agreement with Cologan Pollard & Company of London. 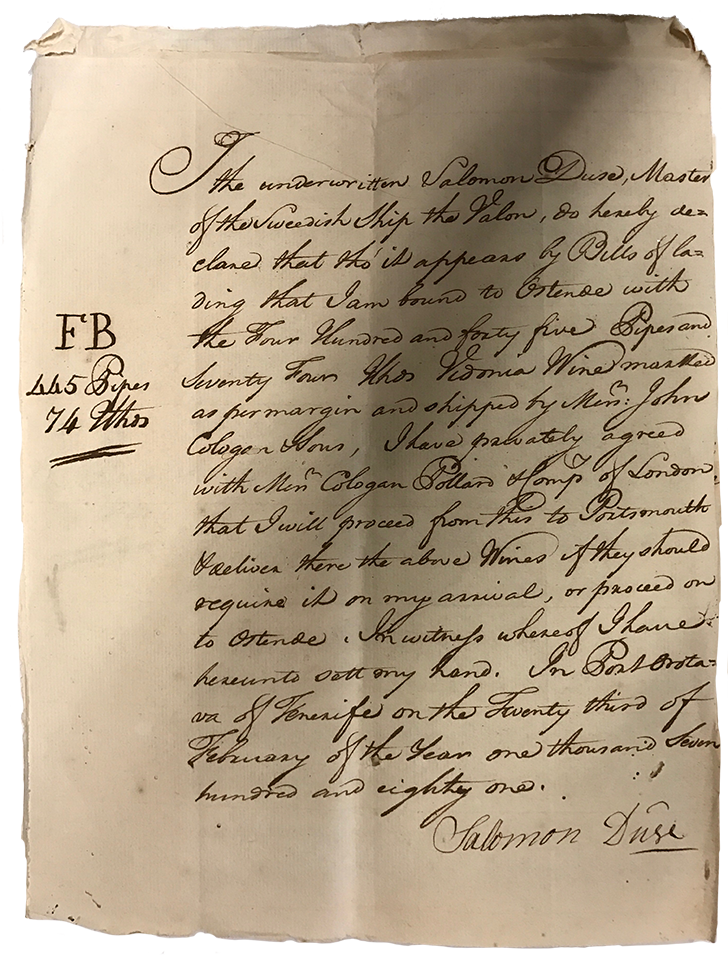