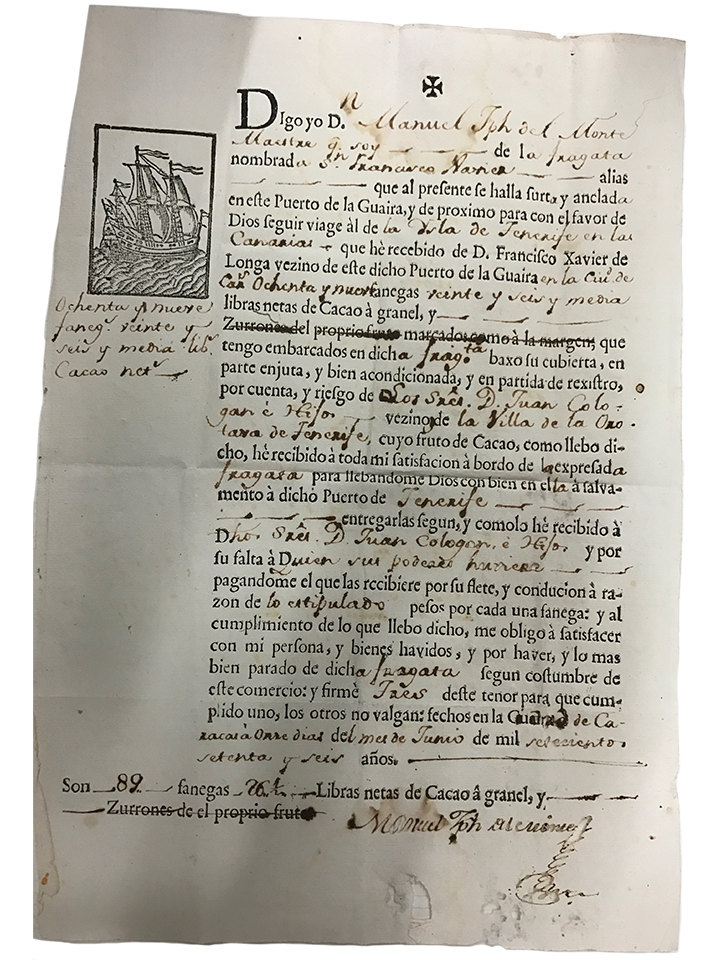 The place of issuance of the bill and, if more than one has been submitted, the number of original copies, is one of the requirements that the bill of lading must fulfil, as established in Article 248 of Law 14/2014 on Maritime Navigation.

An example prior to the Commercial Code of 1885 is the bill of lading signed by the Master of the frigate San Francisco Xavier, Manuel del Monte, in the city of Caracas on 11 June 1776, indicating that he loaded cacao in bulk form in the port of La Guaira with the destination of the port of Tenerife, shipped on behalf of and at the risk of Mr Juan Cólogan and Sons. 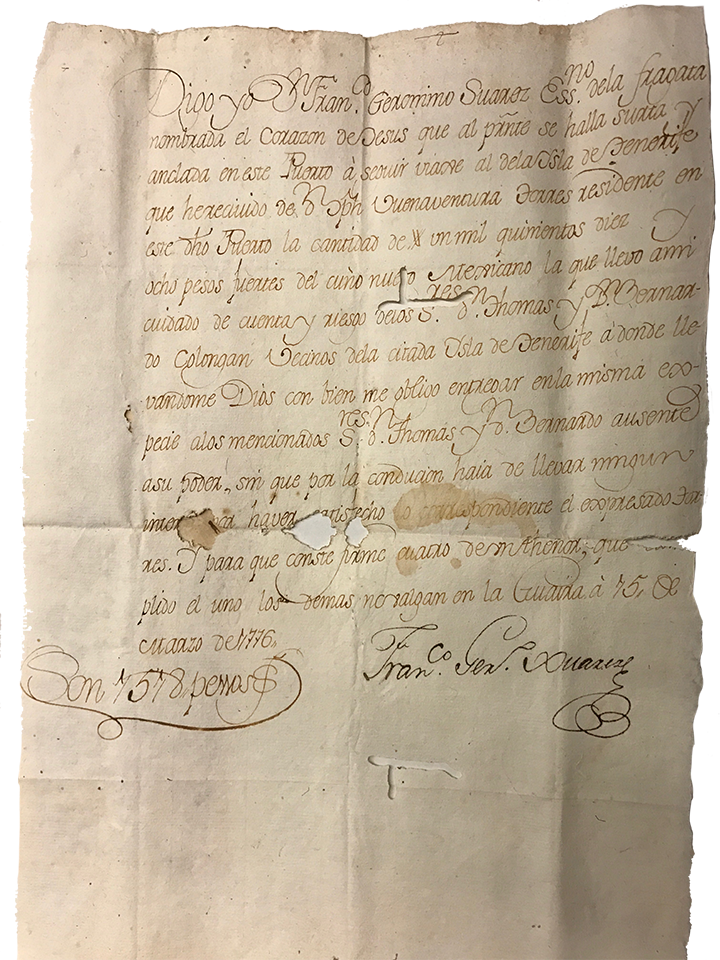 These very trips served to carry out the financial transfers of the time, as evidenced in the document dated 15 March 1776, in which Don Francisco Jerónimo Suárez of the frigate the Corazón de Jesús signed a bill in which he takes responsibility for the transfer of “one thousand five hundred and eighteen new pesos fuertes” from the port of the Guaira to the island of Tenerife, carried on behalf of and at the risk of Mr Thomas and Mr Bernardo Cólogan.