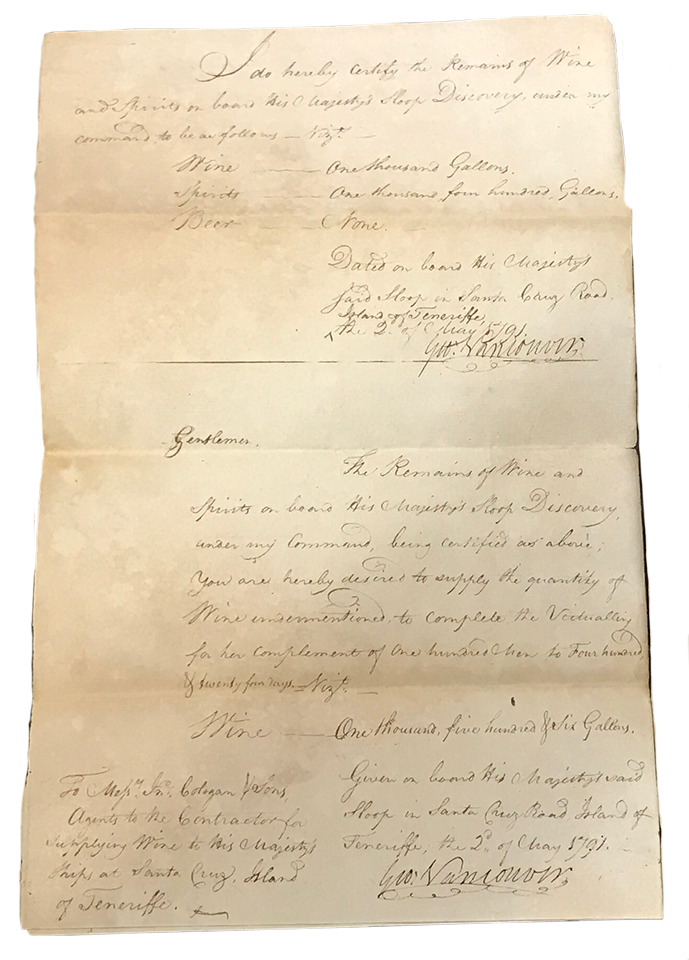 The consignee refers to the person who, on behalf of the shipowner or the shipper, attends to the material and legal steps necessary for the dispatch and other aspects of care with regard to the ship in port, as established in Article 319 of Law 14/2014 on Maritime Navigation.

One example prior to the Commercial Code of 1885 is the document with which the wine of Tenerife is shipped, which was signed by George Vancouver, Commander, Royal Navy officer and British explorer, of the ship named Discovery that left England in April of 1791. Its provisions were supplied by John Cologan & Sons in the port of Santa Cruz de Tenerife on 2 May 1791, in order to proceed with the so-called “Vancouver expedition”, in which it would travel around the world, passing through Cape Town, Australia, New Zealand, Tahiti, China, Alaska, Washington, Oregon, and British Columbia. In his recognition, two cities, one in the USA and one in Canada, have the name of Vancouver.